Editor's Note: This blog was originally published in July 2018 and updated in May 2019.

HubSpot CRM is a great tool to help sales leaders gain visibility into their pipeline and to implement measurable change in their organization.

Click here to get the HubSpot CRM. It’s free and it’s awesome, we promise.

Setting up well-defined deal stages is an important first step to gaining insight into your sales funnel and improving sales team performance.

What Are Deal Pipelines and Stages in HubSpot?

Sales Hub Professional and Enterprise teams can create up to 50 different pipelines. This is useful for organizations that have products or services with distinctively different sales processes or multiple product offerings. You can also create a pipeline specifically for up-selling existing customers or a pipeline for annual renewals.

In HubSpot CRM, your deal stages are represented as lanes across your sales process, providing a visual representation of your pipeline.

As a deal progresses, it moves across the deals board. You can create and save filters to quickly view deals of a certain size, deals expected to close this month, or deals in a specific industry.

There is also a table view option, which is handy for sorting deals by deal owner, current deal stage, or projected close date.

Determining the Right Deal Stages for Your Pipeline

Each deal stage should signify that an action has been taken by your sales team, such as “Presentation Scheduled” or "Proposal Sent." You do not want any ambiguity here. Make sure there are obvious indicators that align with the various stages. We usually recommend companies start off with between 6-8 stages. Some will simplify to as few as 4, and others expand to 15 or more.

Here is a very simple example of a pipeline with five deal stages.

For each stage, you can specify the percentage likelihood-to-close, providing a streamlined view of your revenue forecast. Update these regularly to ensure your monthly, quarterly, and annual projections are accurate.

When moving deals from one stage to the next, you can also require additional deal properties to be entered. For example, when moving to the "closed - lost" stage, you should require a reason that the deal was lost. Think through other transition points, and whether there are any specific data points that you want to inject along the way.

Want to fill your deal pipeline?

When to Create a New Deal in HubSpot CRM

It’s important that your deal stages are well-defined and that everyone on your sales team understands them.

One of the most common questions companies have when beginning to use deal stages is when they should create a new deal. Your first deal stage should be the first action committed to by a lead to start your sales process. “Discovery call scheduled” or “initial appointment booked” are common initial deal stages.

Resist the urge to create new deals too early. Doing so will drag down your close rate and muddy your sales data. Your CRM system should be used for active sales pipeline management, not as a list of every company you hope to work with one day.

Examples of Pipelines Deal Stages for SaaS and Manufacturing Companies

Here is an example of a SaaS sales pipeline:

And here is an example for a manufacturing company:

Again, it is most important that the deal stages are well understood by your sales team, and provide your leadership team with a clear view of your pipeline or any potential obstacles.

Here you can make edits to your pipeline's stages. 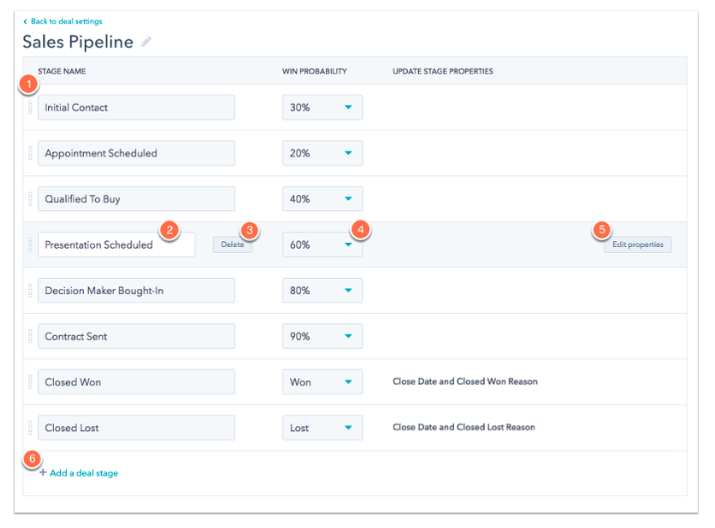 That’s it! Start creating deals and drag them across your deals board to the appropriate stage. You’ll instantly get a visual representation of your sales pipeline and be well on your way to improving revenue generation performance.

Want to learn more about the power of HubSpot? Get free advice from the HubSpot experts. 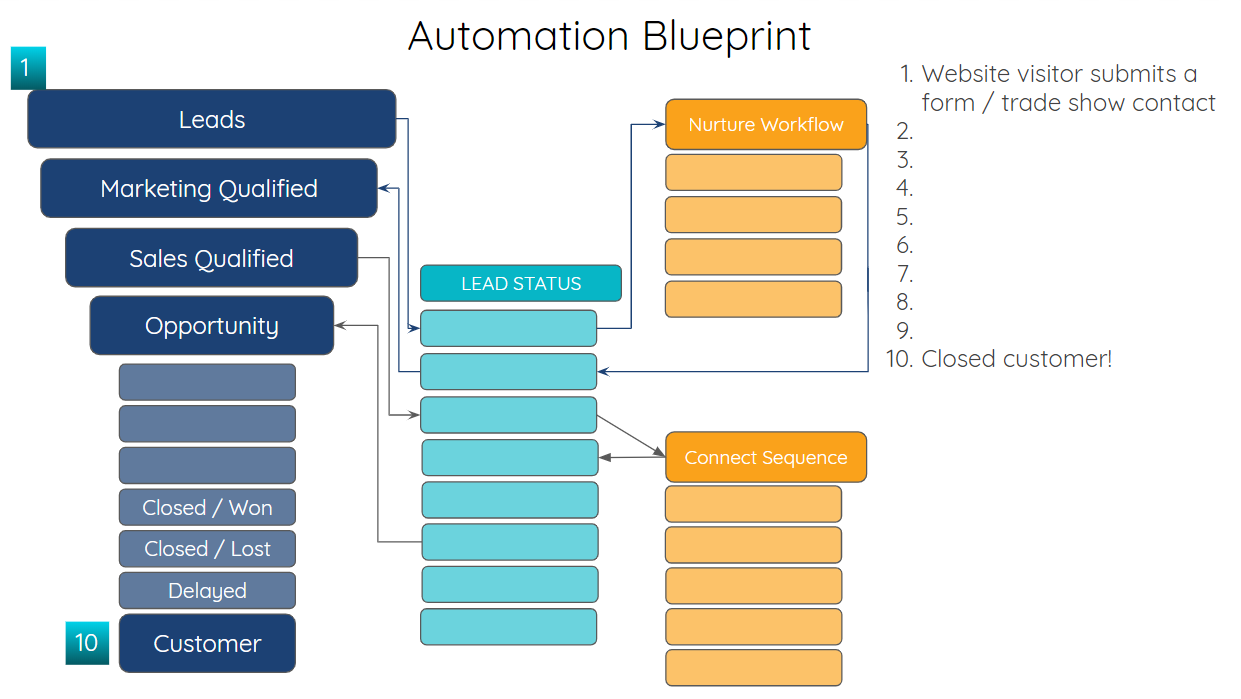 How To Set Up Your Deal Pipeline Stages in HubSpot CRM

How to Use Google Analytics to Optimize Your HubSpot Email Campaigns